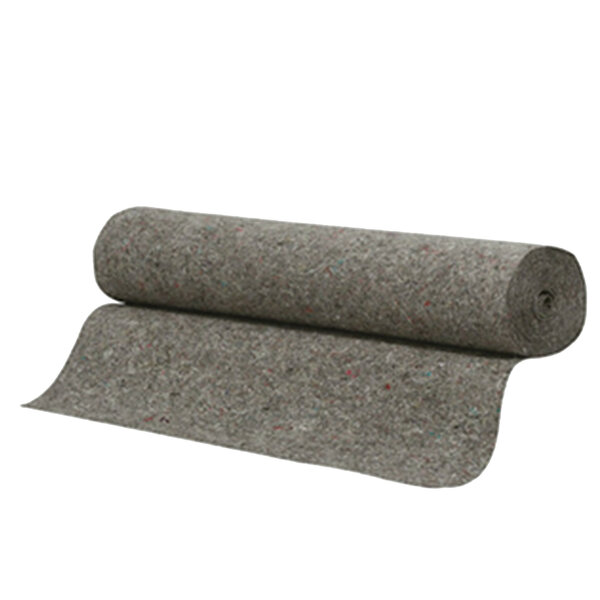 
Geotextile gray is a permeable textile product with stabilizing and filtering properties used in foundations, earth, rocks and soil materials.

Geotextile is a material made of different types of synthetic fibers, i.e. polymer (polypropylene, polyester, polyamide, polyethylene) that is installed into the soil and is an integral part of geotechnical structures.

Geotextile has several basic functions such as separation of drainage layers of different granulations, soil strengthening and stabilization, filtration, drainage and protection.

It is widely used in construction and is most often used in road and railway infrastructure works, river and coastal works, flat and green roof systems, drainage, sports fields, and has its applications in agriculture and horticulture.

The most important feature of geotextiles is the unbroken surface used to separate two different floors type. The geotextile structure containing fibers enables the emission of concentrated forces. In addition, it acts as a reinforcing element and resists tensile forces that propagate in the soil mass. Geotextiles can be used for pollution purposes due to the filter properties. Although it prevents the passage of solid particles, it remains sufficiently permeable to liquid (water) and gas (air). Under certain conditions, these products can carry a significant amount of water along their surface, and therefore can be treated with a drainage element.

Drainage: Geotextiles must be placed between the gravel trough placed around the drainage pipes and the treated soil. Geotextile prevents the penetration and clogging of the permeable gravel bed and filters small particles that are washed out of the treated soil.

Sidewalks, separation and reinforcement under roads: Geotextiles should be placed between compacted earth and a layer of gravel. This will prevent them from mixing, help drain precipitation and reduce the laying of cobblestones on the draught line.

Protective layer: Geotextile provides protection for existing cladding and furniture during renovation works in the apartment. For example, while painting or for minor construction and installation works.

Construction of a garden pond: Care must be taken here to remove roots and sharp stones from the trough before laying. Geotextiles must be placed in the trough, with the lake foil placed over it. To protect the lake foil, it is recommended to cover it with a layer of geotextile.

Planting flowers: First fill the bottom of the flower box with coarse-grained gravel, and then cover them with geotextile so that the fabric folds to the edge of the box. Flower soil should be poured on the geotextile.

Horticulture: The most important function of geotextiles in horticulture is to prevent weed growth. They are also used to prevent mixing of different types of soil. Due to its excellent thermal insulation properties, it protects against dehydration in summer and from frost in winter.

If the product is excessively exposed to sunlight or moisture, it is subject to aging in terms of color change, but does not lose its characteristics.

Rolls wrapped in nylon. Store in a closed, dry place.